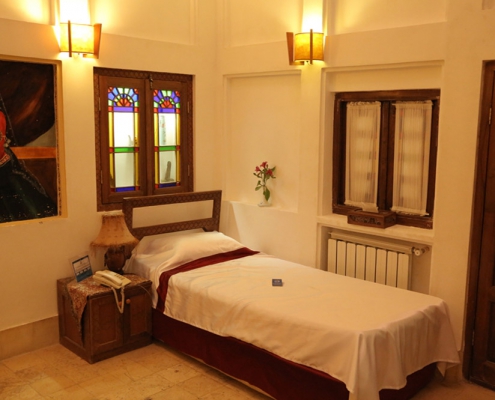 Fahadan Museum Hotel which is located in the ancient heart of Yazd is an old mansion known as the Tehraniha house, a carpet trader family, which dates back to the Qajar era. This magnificent building was used as the economic consul office of some European countries such as France and Germany. Recently the building has been nominated on the list of the national legacies. This hotel has got three courtyards including the main yard, orangery, and the pavilion, three attractive wind catchers, a lofty traditional hall, a chamber, a basement vestibule and a roof overlooking the historical quarter.

See You in Iran Hostel Morshedi house
Scroll to top